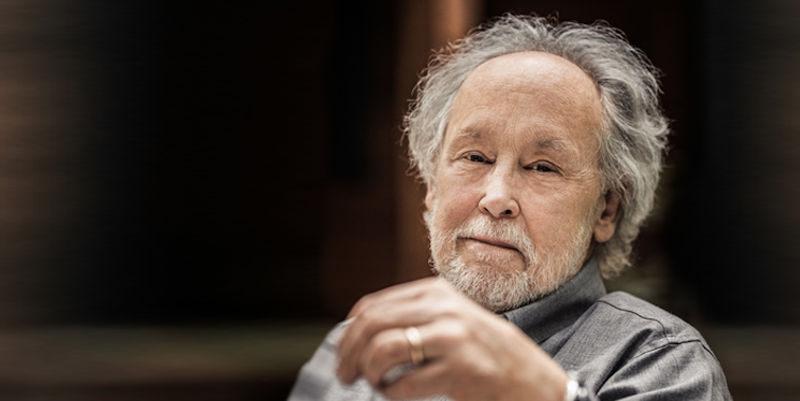 From Beyond the Page: The Best of the Sun Valley Writers‘ Conference

Welcome to Beyond the Page: The Best of the Sun Valley Writers’ Conference. Over the past 25 years, SVWC has become the gold standard of American literary festivals, bringing together contemporary writing’s brightest stars for their view of the world through a literary lens. Every month, Beyond the Page curates and distills the best talks from the past quarter century at the Writers’ Conference, giving you a front row seat on the kind of knowledge, inspiration, laughter, and meaning that Sun Valley is known for.

On Christmas morning 2020, the writer Barry Lopez died in Eugene, Oregon, surrounded by his family, after a long battle with prostate cancer. Widely honored as one of our greatest writers about the natural world—in nonfiction classics such as Of Wolves and Men, Arctic Dreams, and Horizon—for half a century Barry traveled the globe—High Arctic to Antarctica, Oregon to Kenya—bringing back stories etched in luminous prose that explored our profound connections to the diverse, fragile planet we inhabit.

Two weeks before his death, Barry received the first Sun Valley Writers’ Conference Writer in the World Prize, given to a writer whose work expresses that rare combination of literary talent and moral imagination, helping us to better understand the world and our place in it.

Barry Lopez: You know, when you write about the world, you try to learn something about its components. When I was young, I really wanted to learn about wolves. They were so metaphorically rich. They translated their lives, translated a narrative, into so many corners of human experience that if I devoted myself to that subject, I’d learn something. And if I was lucky, I’d be able to write about it in such a way that a person could say, “I learned something from this book that I needed for my own life.”

In the 90s, I began to meet people who were so valuable to me as companions and a capacity for insight in the specific areas that I didn’t have. I became consciously aware of how indebted I was as a writer to other people. And then I began thinking about things like human plight. I went to a friend who’s the head of a large NGO and I said, I really need to see human suffering. I need to be in it and see it and watch people try to manage it. Because if I talk about something like that and I just speak in the abstract—there’s no substitute for putting your face into the wind. And then I went to northern Sumatra, to Banda Aceh, where—nobody has really the best numbers, but let’s say, 225,000 people died in about 20 minutes when the tsunami came ashore.

And so, I was always on this quest for understanding plight. I think if you understand plight as a writer, then when you’re writing about anything, you understand that the reader, in one form or another, is the being who has suffered. And you have to, I think, as a writer, be cognizant of that and aware that the women and men who read are looking, often quietly, for some way to feel healed. And that is part of the function of story, is to take care of people.

I knew if I saw all of this darkness that I probably would never write about it. But it would remind me, when I was sitting at the typewriter, don’t forget what you saw. Because in a different form, in a different way, with a different level of sensitivity, for most adults, everybody’s been driven to their knees—by divorce, loss of a child, some humiliating incident in which you were fired by people you had no respect for, whatever it is. And you have to be aware. I mean, the whole point of writing is to take care of your culture. You have to understand deeply that we don’t need the writer. What we need is the story, because this keeps us alive. Our fragile hopes, our fragile aspirations, our longings of various kinds are sustained by a belief in some things that are found in stories, so you’ve always got to be thinking about the reader’s need.

To listen to more of Roger Wilkins and other talks from the Sun Valley Writers’ Conference, subscribe now on iTunes, Spotify, Stitcher, or wherever else you find your podcasts!

Barry Lopez’s (1945-2020) books include Light Action in the Caribbean (stories), About This Life (essays and memoir), the novella-length fable Crow and Weasel, and Arctic Dreams (nonfiction), for which he received the National Book Award. He traveled extensively in remote regions of the world, and his work has been widely translated and anthologized. He was a recipient of fellowships from the Guggenheim, Lannan, and National Science foundations; the Award in Literature from the American Academy of Arts and Letters; the John Burroughs and John Hay medals; and other honors.