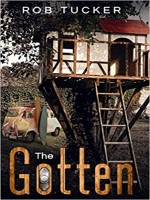 Through Astrid’s backstory, the reader learns that she has been exposed to Wiccan beliefs and ceremonies.  Could she be Skuld, a Norse mythical creature who spins the thread of destiny?  If so, what is she doing in the American Mid-west?  Ivor and Inge Borg, also strangers in town, are on a mission to capture Astrid and return her to the spirit world.  They have been searching for her over three hundred years, but since Astrid knows the future, she can continuously avoid capture.

The plot jumps to events in the future that devastate the adults involved while the boys face supernatural forces as they observe their own future. Mysterious cosmic/spiritual happenings in the present can be related to the past, but the past is now the present. The future will soon be the present. What or who controls the future?

The many characters presented in the novel are distinctive. Astrid is a natural beauty, tall and intelligent.  Her British accent gives her a sense of superiority. She is thought to be haughty, and no one can argue with her intellect. The four boys and minor characters are well fleshed out. The plot is dialogue-driven with the story told through conversations between the various characters.

The story asks, “How does magic work?”  Magic seems to have a mind of its own. When asked about the boys’ disappearance, Astrid states that she doesn’t have any special powers, only an imagination. She says that wherever the boys are “is because they want to be there. It’s their own wish, their future, their own prediction.”

As readers follow the investigation into the boys’ disappearance and Astrid’s involvement, questions about how we influence our future through our actions in the present will keep us awake. Would you dare to ring the bell?

Captcha solving of Google (ReCaptcha-2 and ReCaptcha-3), Facebook, BitFinex, Hotmail, Mail.Ru, SolveMedia, Hydra,
and more than 12000 another categories of captchas,
with highest precision (80..100%) and highest speed (100 img per second).
You can use XEvil 5.0 with any most popular SEO/SMM software: iMacros, XRumer, SERP Parser, GSA SER, RankerX, ZennoPoster, Scrapebox, Senuke, FaucetCollector and more than 100 of other programms.

P.S. A Huge Discount -30% for XEvil full version until 15 Jan is AVAILABLE!

XEvil.Net
i want to sex with a lot of people