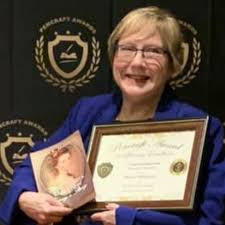 A fascinating interview with Sharon K. Middleton about her latest book, "Beyond McCarron's Corner: Sassy's Story," a fictional tale about a woman who is transported back in time to the Revolutionary War era.

Your book is certainly about a very interesting period of American History.  The Culper Spy Ring was such an important group of patriots during the American Revolution. They were willing to sacrifice everything to help free America from England.  I hope you will tell us what got you interested in this clandestine organization. 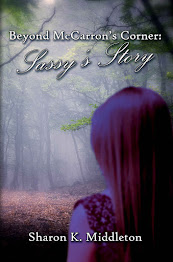 Before we talk more about your book, please give a quick introduction of who you are and where you came from to the readers who have not yet read your work.

I am an attorney in Alvin, Texas. I am planning to retire next year. I have lived in Texas all my life. Like Sassy, I’m Irish and Hispanic (and French and Russian and Scandinavian and Caucasian according to Ancestry.com). I grew up in San Antonio, and I went to Trinity University, like Sassy. But I did not marry my History Professor! In addition to writing, I enjoy raising and showing Skye terriers and quilting (also like Sassy). I have been married to the same man since 1974. We have two sons and a daughter and six grandkids in addition to the six dogs.

In your research for your book did you read other books about spys from that era like, “The Spy: a Tale of the Neutral Ground,” by James Fenimore Cooper,” or The Culper Ring: The History and Legacy of the Revolutionary War's Most Famous Spy Ring by Charles River Editors?”

I had done some internet research – a lot, actually, but had not read those books. I will now!

You wrote about Martha Washington joining her husband in the field and living with the troops, did you think that was helpful to the rest of the troops? Did the wives of other officers or troops stay in the camp, also?

Some other wives joined their husbands but it was not typical. Martha Washington offered a home away from home, a safe haven, and home-cooked meals in the midst of war and chaos. She truly loved her Old Man and hated to be away from him. They usually had the Commander-in-Chief’s residence full of officers, who slept wherever they could find room. And she was often knitting socks and other things for “her boys”.

Do you think writing books like "Beyond McCarron's Corner: Sassy's Story," is a good way to educate the less informed of how difficult our struggle was during the American Revolution?

I honestly had not thought about this book being a way to educate people about the Revolutionary War until so many people like you started saying that. I strive for historical accuracy and hunt out those dates and facts. I think as the series is developing, I am doing better at that, too.

How long did it take you to write "Beyond McCarron's Corner: Sassy's Story?"

I think it took about nine months to write Beyond McCarron’s Corner. I sent it to a competition, and they sent it around to publishers. Black Raise bought it, and then I spent another month or two for edits. I had the story in my head much longer.

If you would explain a little about agent 377 and who might have been that person?

Unless Madame X was Sassy, then her identity is unknown.

There was a woman in NYC who was known as Agent 355. It is believed she was a socialite in NY who mingled socially with the Loyalists and sent information to Washington. Clinton became suspicious and gave her false information. She sent it on to Washington and was caught. Supposedly, she died on a prison ship in New York Harbor. The British swore no woman was ever imprisoned on the prison ships. Also, it is claimed that Robert Townsend was her lover. She gave birth on the ship and died after her child was born. Townsend raised the child as his son. I have not found her name. She might be in a future book. Rob is.

Do you believe in time travel?

Of course, I believe in time travel. There are things we do not understand but they are real. Look at penicillin. Electricity. Cars. Planes. Space travel! Some day, we will be able to travel time like we can travel highways across our great land today!

In Stephen King’s book, “11-22-63,” Jake Epping meets a character who basically was a gatekeeper for the portal that connected the present with the past.  He warns him to go back. In your book, the gatekeeper is an Indian who is aware of others who had already come from the future.  Neither your book nor King’s book show the protagonist as very shocked or scared of being in a terribly different environment. Why is that?

Sassy had no idea that Shadow Wolf was the gatekeeper, so to speak. He helped her find her way to McCarron’s Corner. He realized she came from Beyond but she did not at that point realize what Beyond conveyed. She was a bit rattled he was hunting out of season with a black powder musket and dressed in traditional garb, but he was not a frightening figure. And remember: he thought she came for him. I think she was more rattled to see there was a village and people were there than to encounter Shadow Wolf.

What countries do you have the book published in? Do you sell many in England?

I understood it is available all over the world on Amazon and Kindle. I don’t know how many have sold or where yet. I think I am supposed to get some feedback on that in June. I have friends in England, Scotland, and Australia who have expressed interest in it.

What got you into the crazy world of writing fiction after being an attorney?

I am a family lawyer. It is hard work, often depressing. I have read romances all my life. I know there will always be a happy ever after at the end. Writing romances is my way to escape from reality.

Do you feel that the demand of writing so much as a lawyer made it easier for you to transform yourself into an author of fictional works?

Yes, I write all the time as an attorney. In fact, I do custody evaluations for courts in 6 counties. But it is a different kind of writing than that of writing a novel.

However, Beyond McCarron’s Corner began on a trip to Fancy Gap, Virginia, to do s custody evaluation. I flew into Charlotte, NC, and rented a car to go to Fancy Gap. I was reading Diana Gabaldon’s novel, The Burning Cross. The clerk asked me if I like Diana’s book. I told her, “I sure do.” And then, she dropped the bombshell. “You know, Fraser’s Ridge is supposed to be about 12 Miles north of town on the way to King’s Mountain. Women go up there all the time to see where Jamie and Claire are supposed to have lived.” I never got there. But the “what if” idea grew into McCarron’s Corner.

Will you be writing any books about attorneys saving the innocent or other books with an attorney as the protagonist?

I have a contemporary romance about 75% finished about a family lawyer. And I have a story in my head about an attorney with the Bureau of Indian Affairs who goes back to McCarron’s Corner to help them escape the forthcoming Trail of Tears.

The third book in the McCarron’s Corner series, The McCarron’s Daughter, is about Fancy. I was a social worker at Children’s Protective Services for 5 years before law school. Fancy is my survivor of childhood sexual abuse. I think all those children I worked with all those years needed a voice. Fancy is their voice. It is still a work in progress and has been a hard writing project. As Shakespeare said, she is but little, but she is fierce. Like Topsy, she just grows and grows.

Are you a big proponent of the Kindle format?

You know, I was not a proponent of Kindle before I was published. Now, I try to read the books by other Black Rose authors regularly. As a result, I download books into my iPad all the time. Incidentally, Beyond McCarron’s Corner is $4.99 on Amazon for Kindle, but it will be FREE on May 14, 15, and 16th!

Will you have your book out soon in Audio?

I don’t know if there is a plan for it to come out as an audiobook. I have been told I should do the reading for the audiobook because I love to do accents. (You should hear my Will Selk!)

What kind of books do you read?  What are some of your favorites?

I love romances and big epic stories. Diana Gabaldon and her Outlander series, are my all-time favorites. Hey, remember, Fraser’s Ridge inspired McCarron’s Corner! George Martin and Game Of Thrones, Jack Whyte’s Skystone series about Arthur and Camelot. And I love Heather Graham’s contemporary romantic suspense series about the Krewe of Hunters. In fact, Heather inspired for the contemporary romantic suspense about my lawyer which needs to be finished.

Do you listen to audiobooks?

I don’t listen to audiobooks. I better start, hmm?

How soon will it be before we see another book from you?

17. Home to McCarron’s Corner comes out in August. It is Marc and Lily’s story. I would love for you to review it. I just got it back from BRW this morning in .pdf format to review for final edits. It is set between 1763 – 1765, after the French and Indian War, when the Cherokee have been moved west to The Cohutta Wilderness.

I used to read books in Spanish but my Spanish is not as fluent as it once was. I have read magazines and newspapers in Spanish and Italian, also. And I can read signs in Gaelic. (I can curse in all three).

How can your fans contact and connect with you?

My fans can contact me at skmiddleton@sbcglobal.net or on Facebook at Sharon K. Middleton, Author. I also have a second Facebook page called Beyond Reading Group where my fans get to read snippets along the way and get asked for reviews, ideas, suggestions, etc., as I am writing. Several are reading The McCarron’s Daughter right now as I try to get it ready to send to Reagan Rothe, my publisher. Let me know if you want to read it. I am about to build a world for McCarron’s Corner on Instagram.