AuthorsReading.com is a book review site founded in February of 2009. Our editorial policy is to review all books and try to bring increased recognition to the thousands of great – and often overlooked – independently published titles released each year. We strive to give all authors an equal opportunity in promoting their works to the reading public. We hope that we can continue being a leader in the introduction of new authors to the reading public. We want this site to be a fun place for readers to interact with the authors, listen to excerpts narrated by the author, and read our interviews with them.

All authors need book reviews… the hard part is getting them. When you first start looking for book reviews, you may see the top review sites in Google, but quickly you'll learn that most of them only review books from the largest publishers because that's where they get their money. We want to help all authors.

David Hearne is the editorial director of AuthorsReading.com — an online book review site with a special softspot for Indie authors. David has been writing books and articles since 1990 when his first book “Enable Command Performance,” was published by Key Computer Publications. Since then he has had four other books published and has written articles for Computer Currents, Computer Language, Connected, Midnight Engineering and other publications.

He has won numerous awards from the Southeast Texas Press Club, and his books have been award-winning. His last book, “June 17, 1967 – Battle of Xom II” won 1st place in the non-fiction war genre from the “Texas Association of Authors.”

David Lisenby is the executive editor of AuthorsReading.com. Previously, he was the Publisher of the Lumberton Observer. David has worked as a reporter for the Silsbee Bee Newspaper, and the Hardin County News. His reporting has won him multiple 1st place awards from the Press Club of Southeast Texas. 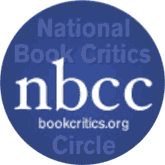 Voting MemberMark Wulf is a voting member of the National Book Critics Circle and an avid book reader. He is a participant in the Little Free library community and constantly donates new books to it. Mark is also the president of Wulf Group LLC, Director of SW Electric Supply Inc., and its subsidiaries G&B Marine, G&B Online, and Winning Design. He is also an Eagle Scout and values giving back to the community. One of the ways Mark gives back to the community is to serve on the Committee for BSA's Troop 122 in Beaumont, Texas, and also serves as a member of the District Eagle Review Board for Three Rivers Council. He enjoys backpacking, camping, and fishing. His rule and often advice to others is "choose adventure over comfort." 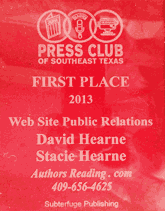 Stacie Hearne is a founding partner of AuthorsReading.com, who maintains oversight over content and manages the book review team. She is also the owner and manager of Book Nook Inn, a favorite haven for many aspiring writers.

Carol V. Weishampel, Ed.D. is a retired art and reading teacher. She is also a retired Christian school administrator. Carol has a BFA from the University of Southern Mississippi, MA from Stephen F. Austin State University and Ed. D. from the University of Houston. . She has published ten books, both non-fiction and novels and has been published in numerous anthologies and periodicals. She is an exhibiting artist with an interest in incorporating nature into her work.

Dr. Weishampel is a sought after speaker on parenting in memory of her son who was shaken as in infant. She also speaks on the writing process and journaling. She is a member of several writing groups. Weishampel’s passion to write compliments her RV travels and her enthusiasm for volunteering. In fact, at age 60, she fulfilled a life-long dream and challenge to drive her motor home to Alaska where she volunteered at Christian youth camps and churches. Summer 2014, she completed her seventh road trip to Alaska. While traveling, she continues to write.

When not traveling, Weishampel lives in Beaumont, TX, where she is a caregiver for her 100-year-old mother. Clink here to view her Amazon Link to her books. Carol is one of our most prolific reviewers.

Author Jimmy Martin was born and raised in Houston, Texas. He lived in or around the Houston area all his life. Like his main character Sam Cloudstone in the eponymous chronicles, he’s a graduate Mechanical Engineer from Texas A&M University. Oddly, during his College years, Martin read few books for enjoyment, because of the many books the tyrants above him required him to read. Once there weren’t professors dictating to him what to read, he blossomed into an avid reader. His earliest literary heroes were the likes of Hunter S. Thompson, Douglas Adams, and Tom Clancy, but over the years he read everything he could from Hemingway to Kinky Friedman.

Having come of age in the late 70's, he experienced an earlier adulthood much different than today's kids. Obviously, his generation lacked the technology that exists today, so as he professes, “We were much more dependent on our own insanity for our entertainment. I made many crazy friends, and I am proud to say that I still keep up with most of them.” One of his main reasons for wanting to be a writer was to have an avenue to write about them in a fictional way.

And that is what he's done, his characters are all literary doppelgangers of real people he knows, or at least the good guys are. Martin claims he doesn’t really know many criminal elements, so he had to make them up. His characters come with the same flaws and idiosyncrasies that his real friends display. His doppelgangers even talk and act in the same manner that he believes their flesh and blood counterpart would, which makes writing dialog considerably easier since he just envisions what his friends would probably say in the situations he places them in.

Jimmy Martin’s goal is to write for the enjoyment of his readers, he likes to produce stories with a lot of twists and a lot of laughs! We are proud to have Jimmy as one of our book reviewers for Authors Reading.

Statements and opinions expressed in reviews, discussions, and posts on this site are those of AuthorsReading.com reviewer unless otherwise stated. Submission of books to review from authors, publishers and agents are welcomed. All reviews are done by AuthorsReading.com. Opinions shared by others in comments may not reflect our views. We reserve the right to moderate comments and remove those that are inappropriate. Debates are great, but vicious attacks are not. Purchases made through buy links may result in a commission